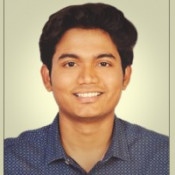 I am a higher education professional committed to helping educational institutions and individuals find opportunity. Over my 15 years of education experience I have developed a process that combines data analysis with active listening.

I can provide insight for universities into overall strategy, including how rankings work and how to approach the publications that maintain them. In addition, I have experience with developing and launching new degree programs as well as creating and analyzing financing options for master plan infrastructure and physical plant investments. Finally, between my work at a scholarship foundation and at a public university, I have extensive knowledge of endowments, and how best to maximize funds raised. All schools need both revenue growth and effective management of resources.

All institutions desire a greater quantity of and high quality, diverse applications to increase or maintain tuition revenue. My extensive experience in admissions enables me to assess the overall enrollment strategy. I can drive execution of recruiting and marketing plans, review the evaluation process, and develop yield and scholarship strategies.

In addition, I can help individuals who are hoping to attend a top MBA program. Send me a linkedin message if you would like to learn more.

I worked on strategic projects for educational growth through seasoned leadership and thoughtful direction to all of the school’s short and long-range facility needs that drive the master strategic plan and related construction process. I was a trusted consultant for the Chief Strategy Officer and faculty leaders, and as a subject matter expert for assessing and implementing strategic growth opportunities in areas of degree programs, non-degree executive education initiatives, fundraising, and the physical plant. I develop in-depth research and analysis related to capital improvement needs, prepare detailed program documents and funding/budget justifications, and leverage resources across the entire school, ensuring appropriate prioritization and approvals of said initiatives, while facilitating the processes and providing analytic overview of growth initiatives.

During my time in this role, I had the opportunity to significantly improve adult learning and critical thinking through strategically designed MBA elective curriculum and lessons using both traditional and non-traditional teaching methods in the subject area of interview strategies and execution. I regularly reviewed and provided comprehensive and timely feedback for all class assignments, while utilizing online resources to connect with students and improve peer discussions.

I had the opportunity, as the Director of Admissions, to generate $1.5 million for the scholarship fund through an independent presentation to the Darden School Leadership and Darden Foundation Board of Trustees for designated programming. I organized and developed the Operation Top Talent Scholarship Program designed to improve application metrics by increasing scholarship funding, propelled rankings into the top ten in the BusinessWeek and US News, increased average admittance GMAT score from 677 to 703 by enhancing and re-engineering the admissions process, and improved application submissions by 48% through strategic business and recruitment strategies.

I was the Darden Brand Representative and presented to groups of more than 500 people over 75 times per year, developed and filmed extensive YouTube content of 300+ videos with thousands of views, and traveled extensively to 5+ countries and 20+ U.S. cities per year for key stakeholder public-speaking and relationship-building events. I surpassed sales and admissions performance goals 9 out 10 years in my role, managed a team budget of $2 million, and developed key relationships with influential stakeholders (Bloomberg Businessweek, Economist, Financial Times, and U.S. News & World Report). I served as a lead supervisor in the Admissions Office, oversaw recruiting and marketing strategies, and admissions processes, with a staff of 17 including four direct reports. I chaired the eight member Admissions Committee, and managed all admissions for full-time MBA, Executive MBA, and Global Executive MBA for Executives programs. I was charged with spearheading the development of financial reports that aided in business decision-making process, and creating sales resources and training materials in order to educate others on best practices of sales, marketing, and business management. I collaborated to regularly achieve and exceed high-impact admission targets and goals, assisted with diversity recruiting efforts that resulted in steady application increases over 11 years including record numbers of women and minority students in the class of 2016-2017, while also increasing class percentage of women from 21% to 39% and under-represented minority percentage from 7% to 12%. I increased FY17 applications 8% (MBA), over 30% (EMBA) and (GEMBA), and increased school ranking from #16 to #11 through market research, analysis, and implementation. I was responsible for coordinating and problem-solving for all technology needs within the admissions office, including outsourcing of application system, reporting database, and integration with University of Virginia systems.